In this part of the world, vests are standard wear for autumn and winter. I have a few in my closet but had never considered making one until I saw a sample garment at Hobby Lobby, placed right beside the fabric and patterns. Does anyone else think longingly of the days when fabric stores had beautifully made sample garments placed with the fabric? Smart marketing – it makes we buyers think, “I want that!”.

Simplicity 1499 makes up several sleeveless vests (or gilets as my English girlfriend informed me). There’s nice shaping with the princess seams, and the pockets add some interest.

A fun quilted flannel in buffalo plaid from Hobby Lobby. On the sample garment they used stretch faux leather for the bias trim on the pockets, all of the edges and armscye, so I picked up a couple of yards of this as well. The fabric is a nice weight for this part of the world, but not too warm to be worn indoors.

No adjustments prior to sewing. I cut a size 20 so there would be sufficient ease to wear over a sweater and it was still a tad tighter than I wanted so stitched the side seams at 3/8″. To counter some gaping at the front armscye I took about an inch in total off of the front princess seam, tapering beginning about 3″ out. Were I to make this again I would reshape the armscye (and noticed just recently that a reviewer on Pattern Review had to do this same thing).

Last Tuesday I had a horrible cold and I stayed home because I was hacking and coughing and felt like crap. As I had the whole day in front of me, I figured I’d whip this up. Normally I don’t sew when I’m home sick but there’s been a change in my employment and I’m being moved to another division on the first of the year so until then I’ve got … ummmm … nothing to do. So I felt no guilt about sewing in between coughs and Strepcils.

Here is my takeaway to sewing when home sick: Do not do anything that requires thought and concentration when under the influence of NyQuil. In this case, that meant matching plaids. I managed to get the front and back straight and have the front closure match, but my brain couldn’t comprehend matching plaid on the princess seaming. Penance! Don’t do anything fun when you’re home sick. Lay in bed and feel morose instead.

Second lesson of this project: Topstitching is difficult on stretch faux leather, especially when working with a quilted fabric where there is a lot of motion between the many layers of the fabric (lining, batting, flannel). I considered gluing the bias binding to the fabric, but there still was the quilted fabric issue.

I tried to stitch two pockets using the faux leather as binding before throwing in the towel (it was difficult to pick out stitches without the flannel fraying) so I cut two more pockets, but I cut them both the right side up so they were pointing the same way. And then I was out of fabric so I had to piece together. Damn damn damn. It’s been suggested that a walking foot would help, but by the time I read that tip I was out of flannel fabric so went back to pre-made single fold bias tape. Worked like a dream 🙂

The pattern called for a 22″ zipper, however I like the look of the plastic sport style zippers and could only find that in 20″, so the zipper starts down a bit from the collar edge. Actually, I prefer it this way. I’d never zipper this up all the way to the collar.

Just a fun project. The pre-quilted fabric makes it so easy, and I encourage any sewer to give this a try. Yes, you do need to concentrate on the binding but with an edgestitching foot it is easy work.

After I finished the vest I decided to dive right into another Deer & Doe Plantain top, this time in a jersey print from JoAnn. It’s Christmas hedgehogs, and I know it’s intended for children, but doesn’t this season bring out the child in all of us? Perfect outfit for December 🙂 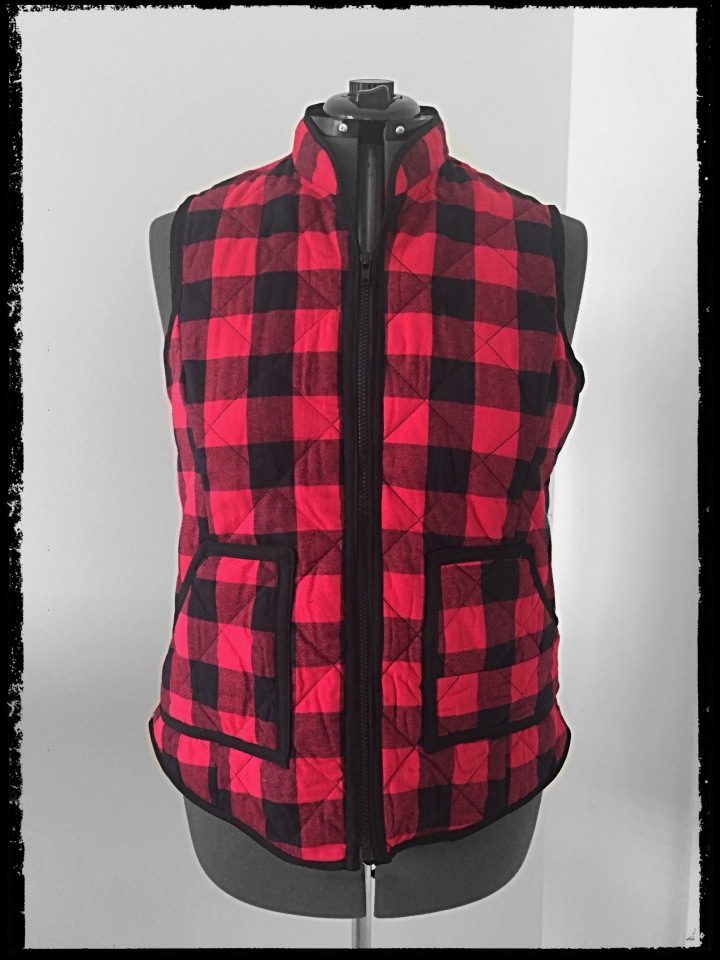 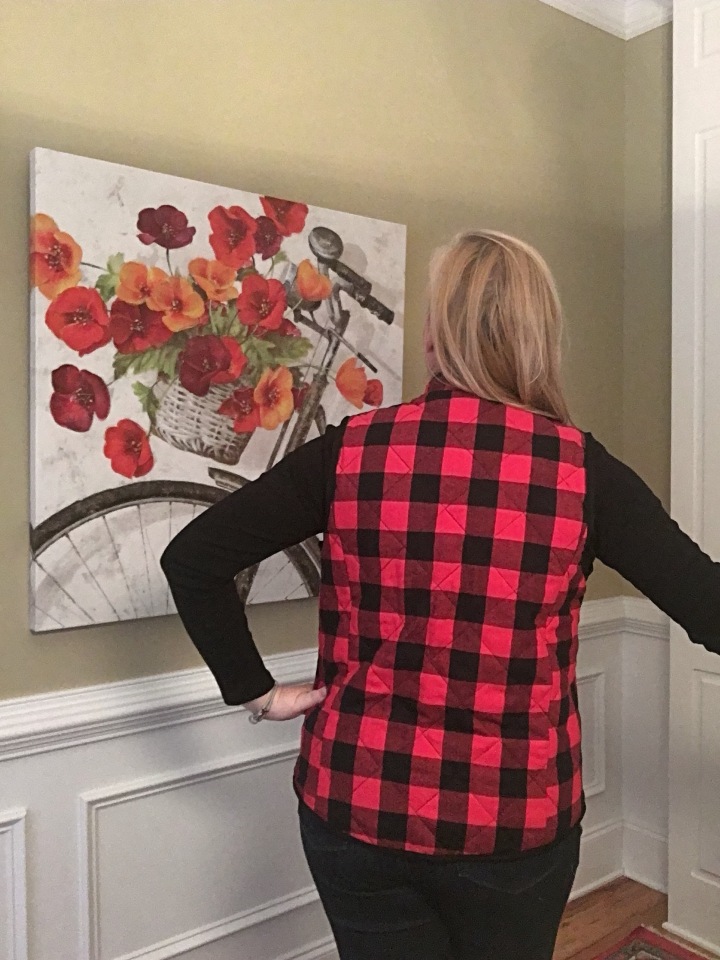 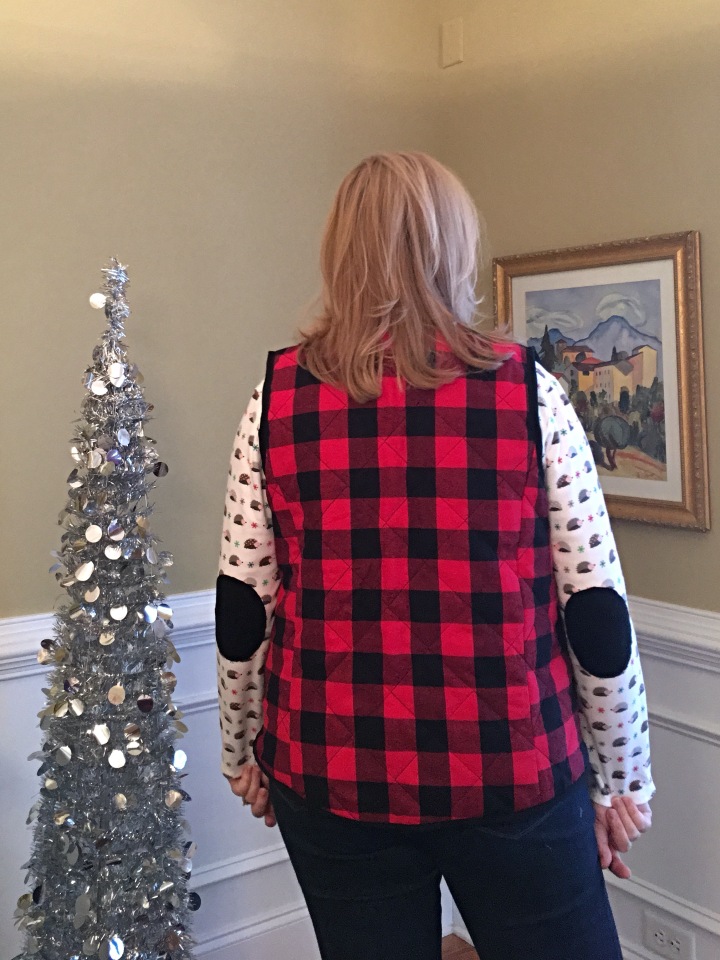 6 thoughts on “Simplicity 1499: Winter Wear for the South”