A year ago I made a version of this vest and it got plenty of wear, so it was time to make up another- with a slight twist

For the first vest (blogged here) I used a double-faced pre-quilted buffalo plaid. It was a relatively easy make and works well for weekday or weekend wear. 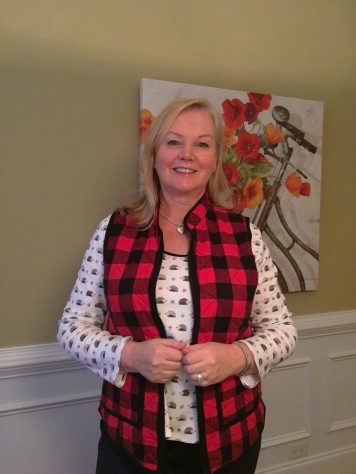 Over the Thanksgiving weekend, this pre-quilted velour jumped out at me because the colour just looked so rich and right for winter wear. I figured it would work for this pattern even though isn’t double-faced. (A note about the fabric content. This apparently has 11% spandex but you would never know that. The only stretch is on the bias. ) 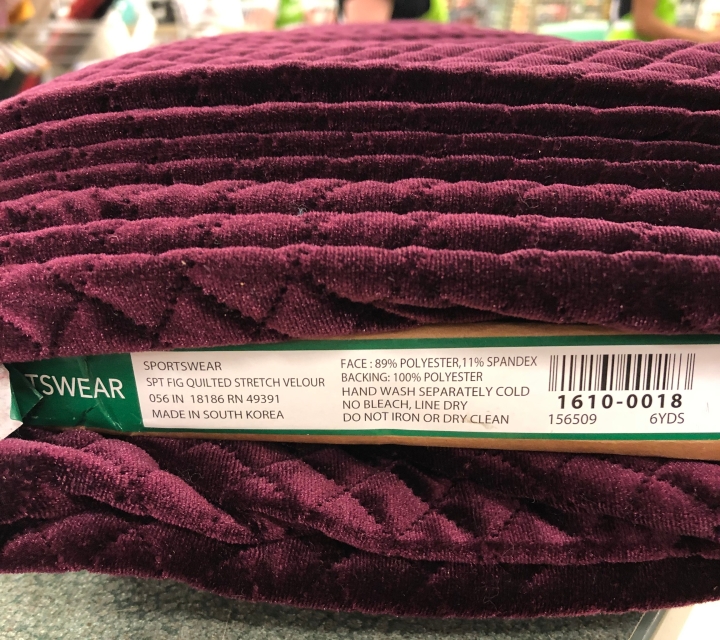 Since I didn’t want the utilitarian poly backing as the star of the interior, I searched for something to use as lining. I wanted something that wouldn’t grab at whatever was worn under the vest, but also not anything too slinky. When at Topstitch in early December I found a fun rayon print that coordinated well with the velour. It was a little bright, but I’m not afraid of colour! 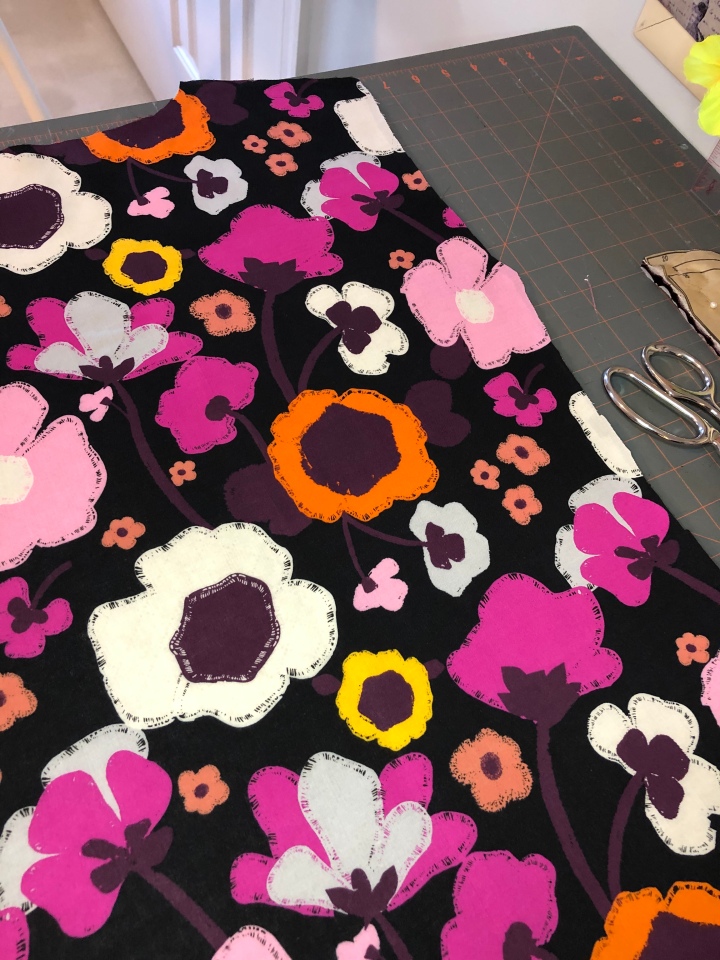 While I was planning the project it hit me that I could interline the fabric instead of lining, and maybe do a Hong Kong finish on the seams. All set! 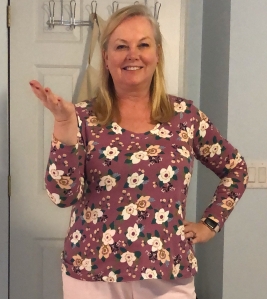 On December 24 I made up a quick Grainline Lark in this pretty stretch cotton from Hobby Lobby and decided that I wanted to wear the vest with this top when we went to the Garden Nights Holiday Lights display at the Atlanta Botanical Gardens that evening.

So I pulled out my sewing encyclopedia and read about interlining and discovered that it’s not complicated! I cut the pattern pieces of the fabric and the rayon and machine basted them together within the seam allowance. I did not baste the large expanses of fabric because of the risk of stitches leaving marks, and instead used pins to hold the two fabrics together.

I used a walking foot for construction because there was a bit of bulk.

Because of the order of construction, you have to decide pretty early on how you want to finish the seams. I thought about doing the Hong Kong finish (I had plenty of the interlining fabric) however the inside is so busy that the detail would be lost so I just used the overcast stitch on my machine to finish the seams.

There’s a lot of seam binding in this project and once I started adding it this became one of those cursed projects (as in, there was a lot of cursing!).  I did everything by the book – stitched one edge of the seam binding to the edge of the pocket, then turned & stitched close to the edge of the binding. I tried my new edge stitching foot, a zipper foot, the walking foot, a million pins. The fabric was just slippery enough that the binding would slide away from my stitches. Again and again, I attempted to stitch the binding on to the pockets, ripping out a lot of stitches in the meantime. A LOT.

I managed to finally get the pocket edges bound and attached to the front of the garment then quickly stitched up all of the other seams and started adding the binding on the armscye and the lower edge but I had the same issue with the binding.  Tick tock tick tock! I eventually realised the vest was not destined to be worn on Christmas Eve. 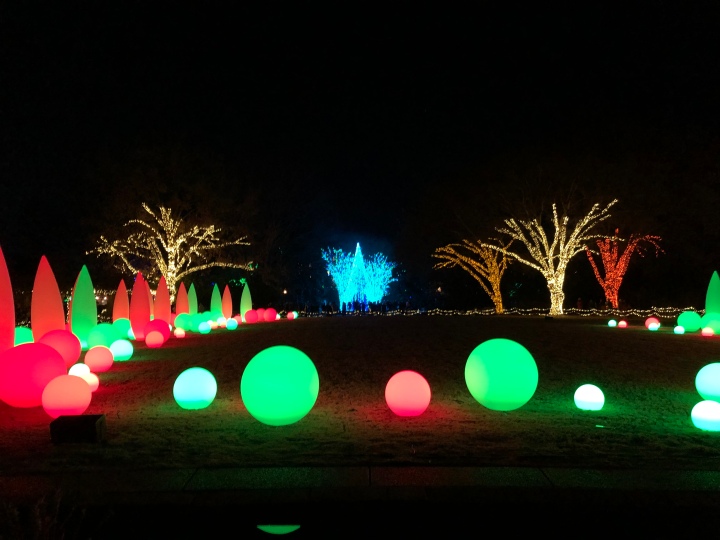 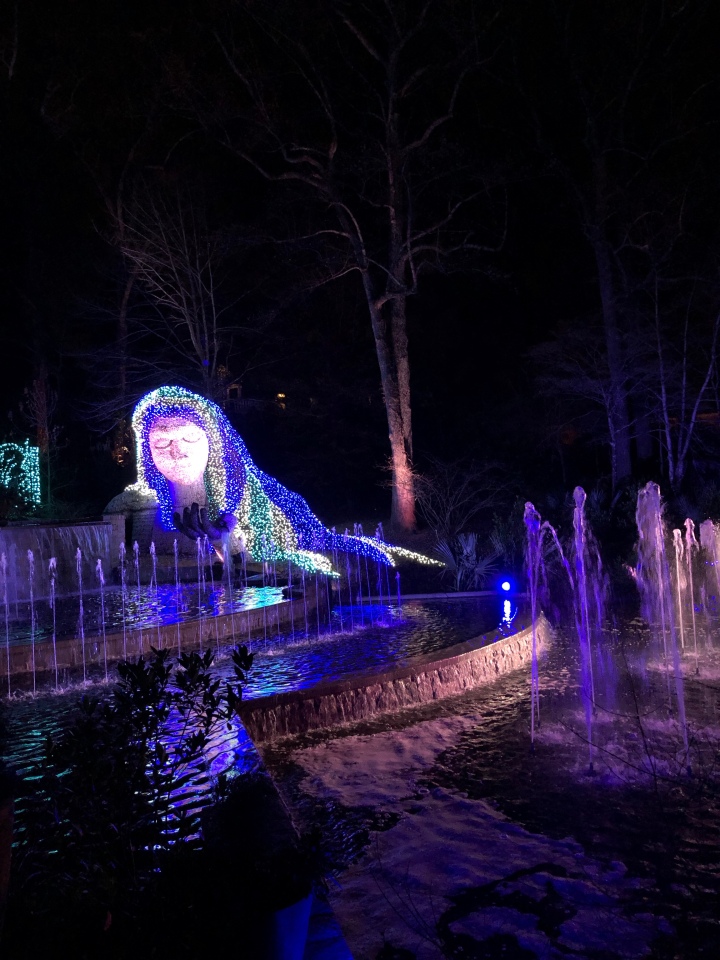 On Christmas Day I finished everything but the zipper. When I was buying my supplies I couldn’t find a 20″ separating zipper in any local stores so bought a shorter one. It just wasn’t going to work, and truly there was no reason for me to rush, so I ordered one online. That gave me time to work on fitting.

There was gaping around the arm so I removed an inch off of the outer edge of each shoulder, then took off 2 inches from each side at the underarm, tapering down to just above the pocket. Gee – you think I’m picking a size that is too big? Of course, I decided to make these changes after the armscye bindings were attached so there was more picking!

The zipper arrived on December 28 and I finished the vest in time to wear for our wedding anniversary dinner. I’ve since worn the vest 4 or 5 times and depending on what it’s paired with, this is great for evening or day. Maybe there will be another in the future … I’m thinking of winter white 🙂 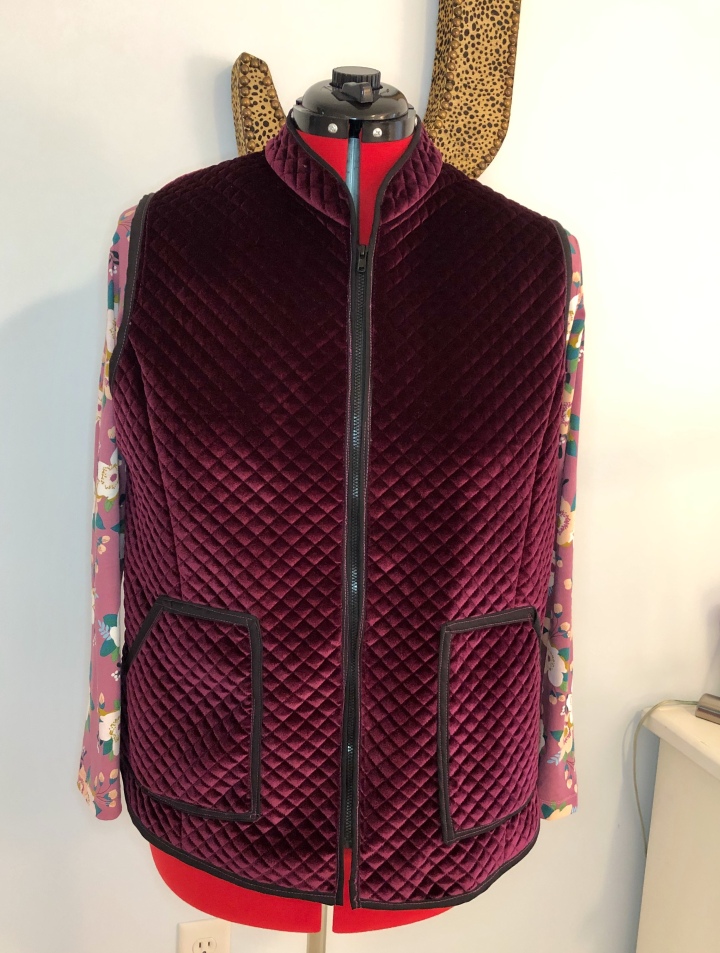